For the development of various lighting concepts, Bert Wouters asked SKM to create working demo models. Do you have the well-known colorful sustainable Hue lamp at home? The first series was made at SKM.

SKM founder Rudolf van Kersbergen was at the start of Bert Wouters’ career. Rudolf taught him the trade of modeling at Philips in 1986. Today Bert is an engineer at Signify and works on innovative lighting concepts and still collaborates with SKM. ‘We can basically make everything ourselves in our innovation lab, but some elements are so specific or high-end, that they require good tooling. That’s when I reach out to SKM.’

And years later, SKM is the founding father of the well-known Hue lamps. With this smart LED-technology, you can control several lamps at the same time via a smartphone or tablet and adjust the color. There is a complex technology behind it. Bert explains: ‘Hue uses an LED-lamp. That LED-lamp flows heat, which can have an impact on the color. With the models made by SKM, we were able to extensively measure and test the light conductivity during the product development phase. The SKM models have contributed enormously to the further development of a concept into a real product!’

Do you have a great concept? We can help you on your way!

Would you like to have a demo model made of your concept, so that you can test your idea? Then contact SKM!

‘If I need a model fast, Dirk and Jeroen are always there for me’ 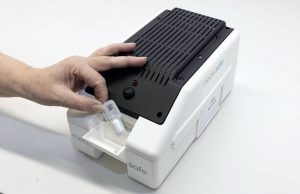 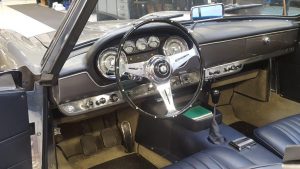 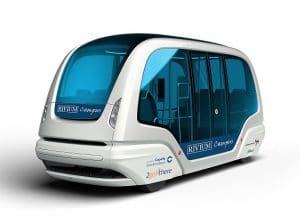 Autonomous shuttle of the future